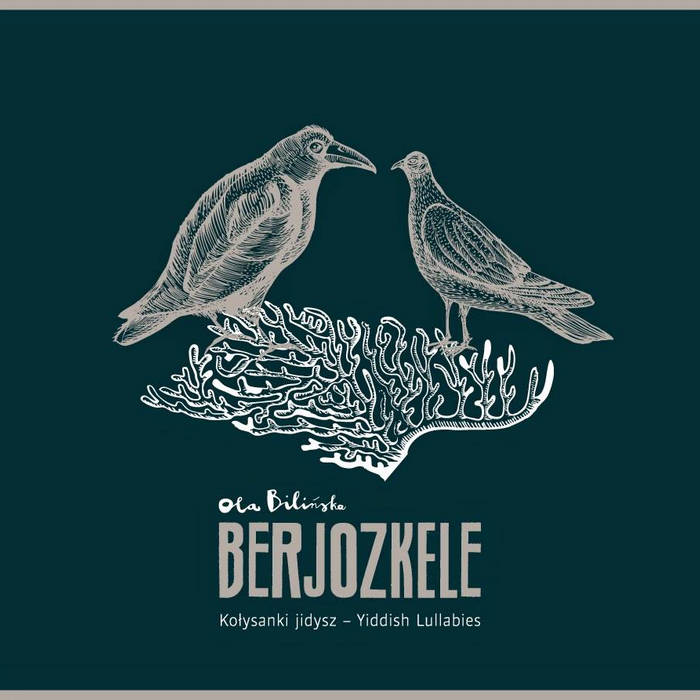 Berjozkele is a musical project which aims at reinterpreting, in a modern way, traditional songs in Yiddish. The first album – ‘Berjozkele – Yiddish lullabies and evening songs’ – was released on December 14, 2014, by the Jewish Historical Institute in Warsaw. The CD is available on the JHI bookstore website: www.sforim.pl

The “Berjozkele” album is a collection of songs, related in their mood and subject-matter to night, silence and sleep. Many of them were popular in Poland and the Eastern Borderlands at the beginning of the 20th century and in the interwar period; they were part of the repertoire of famous artists of that time. Some, on the other hand, are unknown or forgotten. A very important element of these compositions are the lyrics: sometimes anonymous or traditional, very often written by Yiddish poets. They are testimony to the talent of pre-war artists, as well as to the wealth of Yiddish culture. The singer, with the support of Anna Rozenfeld, an accomplished Yiddish scholar, has made an effort to recreate this wealth as fully as possible, with great care as to the sound of the language and interpretation.

The CD is accompanied by a booklet containing lyrics of all he songs in Yiddish, in Polish (translated by the yiddishist Karolina Szymaniak), and English, as well as an introduction by professor Marian Fuks.

BERJOZKELE is a musical project which aims at reinterpreting, in a modern way, traditional songs in Yiddish. The first album – Berjozkele – Yiddish Lullabies and Evening Songs – was released on December 14, 2014 by the Jewish Historical Institute in Warsaw. The CD is available on the JHI bookstore’s website: www.sforim.pl ... more

May a good angel
guard your cradle
'till the morning comes.
With his quiet wings,
he'll wrap you in your sleep,
he won't make a sound.

Let's go dancing, everyone!
Even my mum will go dancing…

A little boy, a little girl…

Even my dad will go dancing…

Even my granny goes dancing…

Even my granddad goes dancing…

Lay your head down on my knee,
lie a little while.
Children sleep so easily,
grown-ups need some lulling.

Children have their many toys,
they can play at will.
Grown-ups play their little game,
play incessantly.

Dry your eyes and no more tears
Let me soothe your heart
Lay your head down on my knee
It’s good to sleep like that
Track Name: Wer zingt es dort?
YIDDISH / POLISH / ENGLISH

Who’s singing there on yonder shore,
who’s singing so mysteriously?
A herd is driven down the road
by two young shepherd girls.

The cattle gather on the shore
and drink to quench the thirst.
A a bell is ringing on the tower
of a distant church

A boat appears, from far away,
two fishermen aboard.
They stare into the water, still,
without a single word.

The first man casts a fishing net,
the other – softly rows,
just as the blazing sunset
ends the fleeting colour show.

The river – red a while ago,
has turned a dark-blue shade
The shepherd girls – they are no more,
nor is there any herd

Yet, on the yonder river shore
a faint sound lingers on,
as if someone was weeping for
the day, so swiftly gone.
Track Name: Fregt di welt an alte kasze
YIDDISH / POLISH / ENGLISH

And if you want, you might as well answer:
tray-dim!

Where the grass is wet with moisture,
stands an well, all lost in thought.
Young girls carry pails of water
on their shoulders every night.

New days ripen in the orchard,
white as snow-bears, in the sun,
while the youth dance in a circle
in the light of distant stars.

Breezes blowing from the steppes
cannot fuel the dying fire.
Young girls walk among the grasses,
pails of water in their arms.

While the moon is growing paler,
Someone drums into the night.
Where the grass is wet with moisture,
Stands a well, all lost in thought.
Track Name: Cholemen chalojmes
YIDDISH / POLISH / ENGLISH

Mountain gazes at the vale,
she glances back without delay.
Joined by thoughts transcending,
dreaming dreams unending.

Doves are sitting by my window,
two white-feathered doves.
I will open up my window,
open it for both.

They will fly into my room -
so quiet and so lone.
In my room they'll softly coo,
the two white-feathered doves.

On a night of heavy sadness
they will coo a song.
On a night of pitch-black sadness,
two white-feathered doves.
Track Name: Di berjozkele
YIDDISH / POLISH / ENGLISH

May a good angel
guard your cradle
'till the morning comes.
With his quiet wings,
he'll wrap you in your sleep,
he won't make a sound.

Bandcamp Daily  your guide to the world of Bandcamp